This spring, we’re focusing on a defining characteristic of socially engaged art: its ability to bring diverse communities of collaborators together. Socially engaged art projects can help manifest a whole greater than the sum of its parts by creating a generative space for collaboration between different communities towards social change on a shared issue. Here, we’re highlighting five projects that illustrate this by connecting particularly unique ecosystems of partners. What kind of change can happen when day laborers work with app developers, for example, or when punk musicians team up with urban farmers? 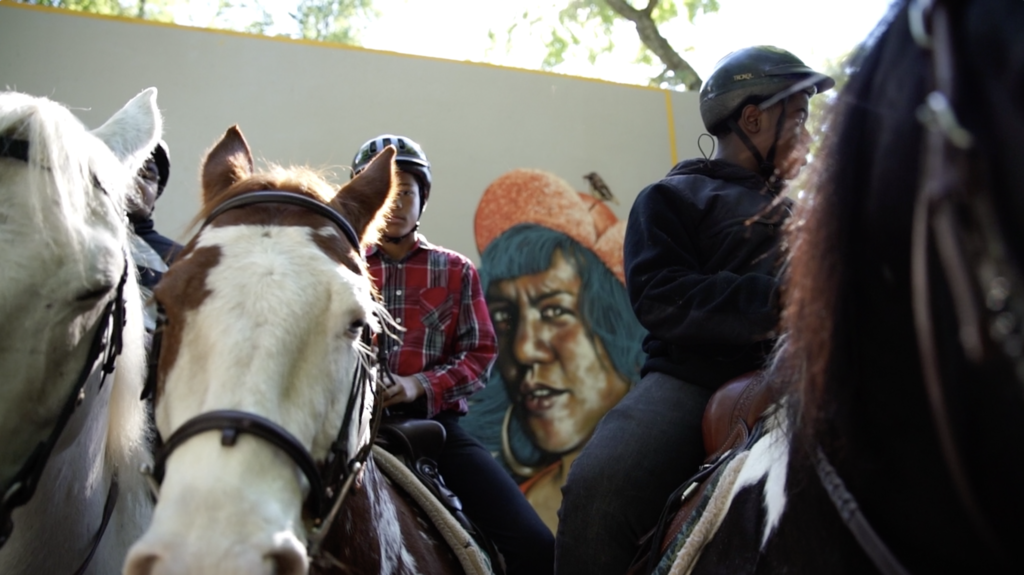 No Such Place As America, Hartford, CT. Image courtesy the artist.

1. No Such Place as America: bridging youth, police officers, and horses

Artist Melanie Crean is collaborating with Ebony Horsewomen, Inc., an equestrian center in Hartford, Connecticut; members of the Hartford Police Department; horses; and local high school students on the project No Such Place as America. At Ebony Horsewomen, youth equestrians and police officers use equine-assisted therapy techniques, involving performance-based tasks with specially trained horses, to communicate and work together nonverbally. The horses are the mediators in these exercises, creating the environment for the young people and officers to focus on body language, movement, and energy, and to ultimately create trust and mutual understanding between these groups.

> Learn more about No Such Place as America

2. Permacounterculture: bringing urban farmers and punk communities together
Artist Naoko Wowsugi connected urban farmers and the DC punk community in an ecological experiment, Permacounterculture, which takes its name and inspiration from the practice of permaculture. Wowsugi and urban farmers in DC cultivated wheatgrass and installed the plant beds in a performance space, where the growth of the wheatgrass was stimulated by a combination of sound waves from live punk music in the space and CO₂ exhalation from audiences. A symbol of the strength and generative nature of local DC cultures coming together, the wheatgrass was juiced and served to audiences.
> Watch a short film about Permacounterculture 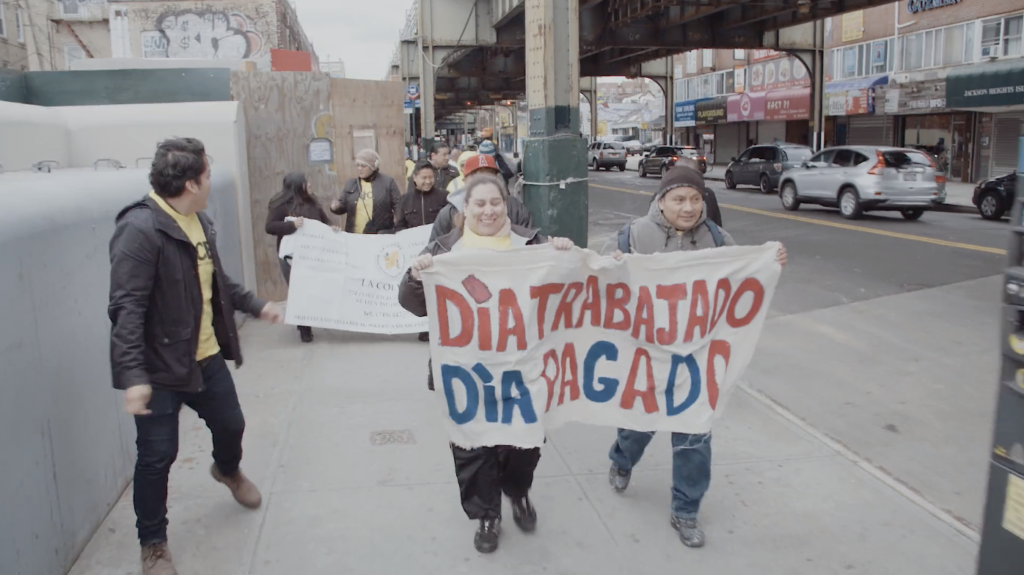 Workers demonstrate for fair pay as part of the launch of the Jornaler@ App. Image courtesy RAVA Films.

4. Land Dive Team: Amphibious James: connecting musicians, divers, and a river
Artist Hope Ginsburg’s project Land Dive Team: Amphibious James combined marine scientists, divers, musicians, and local ecology to create a performance and group meditation focused on promoting environmental awareness at the James River in Virginia. The site-specific performance incorporated sound recordings of the species living in and around the James River—some of them captured live by SCUBA divers in the river—encouraging listening as a form of mindfulness, and helping performers and audiences notice and connect with the river in the face of a radically changing climate.
> Listen to a recording of Land Dive Team 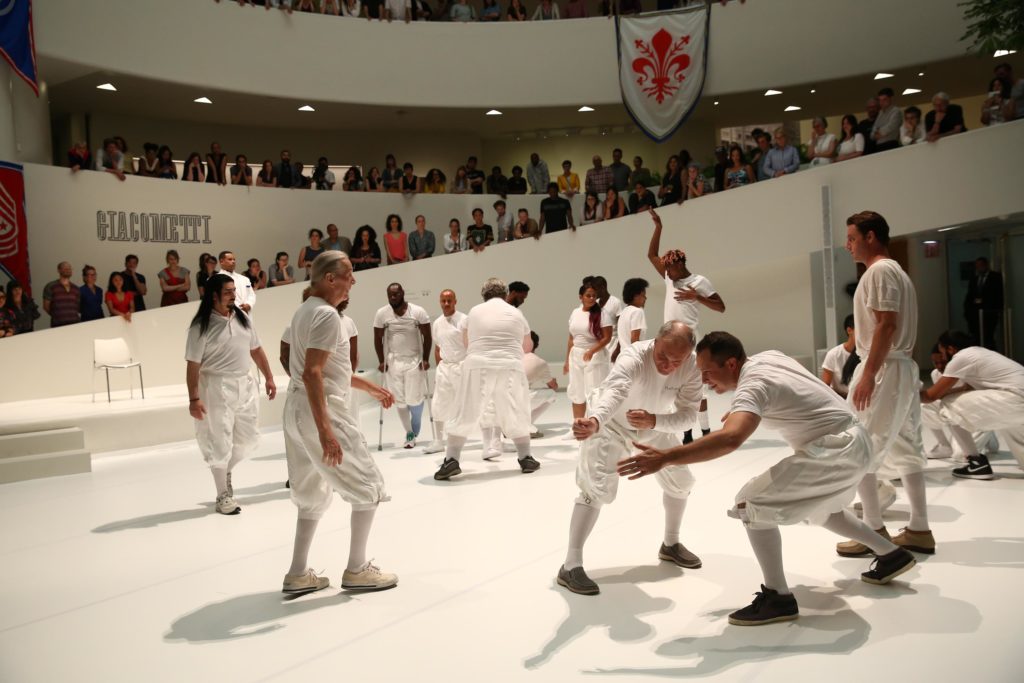 5. Primitive Games: convening gun users and victims of violence
Artist Shaun Leonardo brought together four groups each with a different relationship to guns and gun violence into a series of movement workshops culminating in a performance, Primitive Games. Groups consisted of recreational firearms users, law enforcement officials, victims of gun or street violence, and military veterans. Through the workshops, the four groups worked separately to translate their personal narratives of gun use or gun violence into nonverbal gestures. In the culminating performance, the groups came together to nonverbally debate each other using their movement-based expression, creating a space for both disagreement and understanding.
> Watch a short film to learn more about Primitive Games