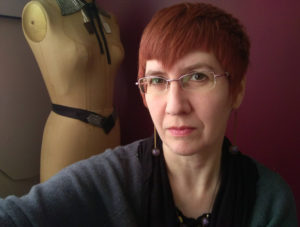 As an A Blade of Grass Fellow, artist Monica Sheets will work with a community of erotic dancers in Minneapolis to create The Feminist Strip Club, a workshop series and public artwork focused on creating dialogue around labor structures and stigma in the sex work sector. With Sheets and University of Minnesota researchers, participants will identify through a series of eight workshops how they see their work and how they would like it to be seen by others. The internal workshops will form the basis of an external, public artwork through which participants express the self-identified issues they face as workers and their vision for a more equitable field.

Monica Sheets was born in Toledo, Ohio, and her experience growing up in the Rust Belt influenced her to work directly with participants outside of gallery and museum settings. Now based in Minneapolis, her work involves creating platforms where art intersects with politics and where communication takes place—whether that be on a literal soapbox on the street or in a shanty on a frozen lake. She seeks to create spaces that welcome participants who would not identify themselves as activists, yet long to be civically engaged and shape the politics that impact their lives. Her participatory projects have taken place in contexts ranging from post-socialist eastern Germany to a first-ring Midwestern suburb. The through line of her work is a focus on historiography and identity, exploring how our stories about the past play out in our own lives today. She questions the principles of free speech promoted by liberal democratic society and how we choose to interpret them: who is allowed to speak, and what are they allowed to say? She earned a BFA in Photography from the Cleveland Institute of Art, and an MFA in Public Art and New Artistic Strategies from the Bauhaus University in Weimar, Germany. Her work has been recognized by the Minnesota State Arts Board, FORECAST Public Art, the MCAD-Jerome Foundation Fellowship for Emerging Artists, Santo Foundation, and the Cultural Foundation of the Free State of Saxony. Sheets has appeared in group exhibitions across the US and Germany, and is currently an artist-in-residence in the Target Studio for Creative Collaboration at the Weisman Art Museum at the University of Minnesota. Additional support for The Feminist Strip Club is provided by Stardust and the Puffin Foundation Ltd.

“House rules” for conversation as set by the cohort in their first meeting. Photo by Monica Sheets.

Fundbuero visitors gather for a walking tour of the Lindenau neighborhood led by Rainer Muller. Photo by Monica Sheets.

During open hours, visitors could record an interview, bring in objects for the archive or simply stop by to talk. Here, Monica and Pete share some Bienenstich and Apfelschorle. Photo by Matt Fritts.

Monthly events offered a chance for exchange on topics connected to East German history. Anyone could suggested a theme, and we would work together to support the realization of the idea. Photo by Matt Fritts.

Formats were varied—here participants imagine how beloved East German world-and time-traveling cartoon characters the Digedags would have depicted the German Democratic Republic in their comics. Photo by Monica Sheets.

A self-published newspaper documented activities. Articles were written by participants and event attendees. The newspapers were distributed regionally. Print costs were funded by donations from neighborhood businesses. Photo by Matt Fritts.