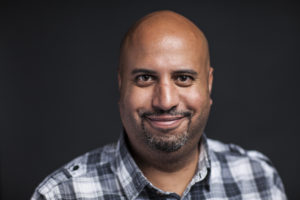 Michael Premo is an artist, photojournalist and documentary producer, and strategist.

He has created, produced and presented original art and media with numerous companies including Hip-Hop Theater Festival, The Foundry Theater, The Civilians, Penny Arcade, Company One, EarSay, Inc., and the Peabody Award winning StoryCorps.

He’s a co-creator and Executive Producer of Sandy Storyline, a participatory documentary that collects and shares stories about the impact of Hurricane Sandy on our neighborhoods, our communities and our lives. The project won the inaugural Transmedia Award from the 2013 Tribeca Film Festival. Michael also co-created and collaborates on the multimedia storytelling project Housing is a Human Right, a project connecting diverse communities around housing, land, and the dignity of a place to call home. Stories are shared across multiple platforms including radio, internet and interactive installations in unconventional places.

His radio documentaries have been broadcast internationally and his photography has appeared in numerous outlets including Left Turn, The Village Voice, The New York Times, Narrative,ly, and Het Parool (Holland).

In addition to A Blade of Grass, Michael is on the Board of Trustees of the Network of Ensemble Theaters.

As an organizer and strategist he has worked with various groups and organizations.

Michael is based at Be Electric Studios in Brooklyn, NY.