We have been searching for the consummate term to describe contemporary art practices that exist adjacent to the traditional art world, that are imbued with the will to open up and transform society. These are practices by artists who prefer to work in context, in collaboration, and to use their aesthetic ways of knowing to imagine the ways things could be better in our world today and in the future.

In this series of blog posts, the term Socially Engaged Art (SEA) is put forward for consideration and debate. Questions and concerns arise quickly: can a single term actually signify the tremendous breadth of socially-engaged practice? Will the term be co-opted by those who seek a quick fix and whose engagement is short-lived and inauthentic? Will the term socially-engaged require quantifiable outcomes and large scale endeavors that practices aren’t designed to offer? Does socially engaged art automatically mean an association with political activism?

We want to name socially-engaged practice because if we don’t, we won’t have a field to attract serious critique and resources. But the name keeps slipping away and is eventually reinvented by one cultural critic or another. Is the traditional art world so powerful that it invalidates artists working in any other realm? Are we as a society so connected to art as precious object-making that we fail to see art’s vital role in knowledge production? Is art, in its pursuit of paradox and multiplicity, to quote Deborah Fisher, fundamentally opposed to the nature of social and political organizing that demands clarity, accountability, and scale?

Perhaps there is an entirely different way of thinking about artists who work beyond the confines of the art world to create the forms that help us think differently and encourage us to inhabit a future that is more just and sustainable. What if we consider artists as researchers who can design, experiment, fail, innovate and contribute to society’s knowledge production. Nancy Andrews, an artist included in Artists in Context’s Artists’ Prospectus for the Nation, has collaborated with medical experts to alter and enrich their scientific understanding of delirium. Through her experimental films and drawings she made visible that which was invisible: the internal chaos of a delirious mind. What if artists were equal partners in medical research studies and offered their particular kind of knowledge-making – sentient, visceral, narrative, ethical, connected; might healthcare, and society’s understanding of health, be more multivalent and just?

In a society where artistic research is as valued as scientific research, we will know the facts, but we will know the stories too, and our knowledge therefore will be – dare I say – truer. Bruno Latour laments the false bifurcation of nature and society at the time of the Enlightenment. That’s when we divorced ourselves from that which was other than us. We followed scientific knowing like a deity and our overreliance on facts, proof, that which is visible and replicable, has put us in a precarious relationship with each other, with the planet, and with all matter.

It is time to let artists repair the separation of self and other, reason and imagination, fact and story.

I believe this is the level at which we should be working, accepting no less than a total renovation of how we produce knowledge. Our survival depends on it. 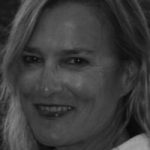