Making Space for Artists in Government

Welcome to our latest Growing Dialogue, where we’ll be exploring how artists work with and within municipalities and city agencies. Diya Vij, who manages the NYC Department of Cultural Affairs’ newly launched artist residency program kicks off our dialogue below, and we’ll be posting responses by artists Frances Whitehead and Marcus Young in the coming weeks.

“Public art can create permeable membranes between the inside and outside of systems, spaces, and even the souls of citizens. Public artists need more breathing space to experiment and do research and development. They need to be brought in at the very inception of projects, so they can do their first work as a certain kind of thinker.” – Mierle Ukeles, 2001

Inspired by Mierle Laderman Ukeles’ pioneering 38-year-and-counting artist residency with the New York City Department of Sanitation (DSNY), the Department of Cultural Affairs’ (DCLA) new artist residency program creates more avenues for artists to work with New York City government agencies. Building relationships between artists and city government facilitates, among many things, the reevaluation of city functions, the proposition of solutions through creative tools, and ultimately, the creation of new and meaningful links between the government and the public it serves.

Under the leadership of Commissioner Tom Finkelpearl, DCLA recently launched the first two residencies in this exciting program. Tania Bruguera will spend one year as the artist-in-residence with the Mayor’s Office of Immigrant Affairs, engaging undocumented residents in the IDNYC program. This partnership will be an opportunity to review critical urban questions such as, “What does it mean to be a city inclusive of immigrants?”.  The second residency is hosted by the Mayor’s Office of Veterans Affairs. The Social Design Collective, led by Jules Rochielle with artist and veteran Christine Tinsley, will spend 8 months in-residence working with the Harlem Vet Center to reach and serve female veterans.

Driven by many factors, including New York City’s economic crisis in the 1970s, Ukeles’ artist-initiated residency opened DSNY to trying new methods of building worker morale and public support. She was given a high level of access to her appointed agency and worked autonomously at her own pace, establishing her own goals. These new government-implemented residencies are created with both the artists’ and the agencies’ goals in mind: the programs seek to formalize shorter-term engagements with long-term viability in order to maintain the freedom and impact of the artistic process in an artist-led model. The artists also work towards a mutually defined goal with the agency. Each residency is crafted collaboratively between DCLA and the partner agency to address a specific needs, populations, or challenges. The residencies are structured simply and flexibly, consisting of research, learning the agency by being present on-site, followed by public engagement, as defined by the artist(s).

We consciously aim to build a framework where DCLA can act as a middleman, advocating for both the artist and City offices. Since we have set precedents for working with individual artists in a variety of ways, and have dedicated public funds to this initiative, we are able to create artist-friendly agreements taking into account the importance of authorship. It is our goal that agencies continue these residencies with the framework we set up together to create long-term engagement with the possibility to scale up throughout city government. This sort of sustainable and innovative programming reveals the ways in which city government can support and facilitate the creative culture and energy of its city while fostering dynamic thinking on urban issues and infrastructure.

There seems to be a national trend of artists working with municipal government with Minneapolis, St. Paul, Seattle, and Chicago leading the way and Boston, Los Angeles, and New York City embarking on newly created programs. What other government entities have similar programs? 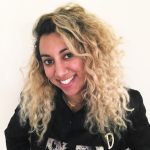