It has been established that socially engaged art is not new, it isn’t news and at this point, it is not an innovation. There is a long history of this way of working. However, what is new is the institutionalization and professionalization of these practices which we see in the proliferation of MFA programs focusing on socially, publicly, and community engaged art, not to mention the many engagement-driven programs at art institutions across the US. Entire departments, programs, and staffs are dedicated to public engagement, social practice, public practice, community art (or whatever SEA freak flag you fly) and help to prove my theory that we can now leave the idea of the avant-garde behind. Socially engaged art is in the major, current, established, system of art and arts education. For me these developments signal at least two significant shifts: the education of future generations of artists could place significant focus on social implications, and that institutions could play a major role in the support and production of contemporary socially engaged art.
I believe that an artistʼs relationship to and placement in society should not be an area of specialization, or afterthought, but instead a core component of the education of all artists. Because I believe that all artists need to contemplate and consider context, publics, and relationships, I have recently been making the argument that art and social practice need to be taught as a foundations level requirement (the majority are MFA programs, or optional certificates). As much as artists are pushed to develop craft and hone in on concepts, they should be thinking about context, publics, and social function. This should be the basis of all art education today.[1]
Over the past five years I have worked with the Education Department of the Portland Art Museum on an ongoing series of public engagement programs and events, centered on an artist-in-residence program for social practice artists and Shine a Light. Shine a Light was developed in collaboration with the Education Department and connects socially engaged art to museum publics, creating a space in which to rethink what can happen in a museum centered around an annual one-night event that hosts over twenty artists creating site-specific work. Doing this work has given me access to see firsthand the challenges and struggles (as well as the excitement and pleasure) that museums encounter while finding ways to bring these practices into the institution, working with artists in fluid ways, and allowing for unknown quantities. Anyone interested in going deeper into what this looks like should read the Machine Project Public Engagement Artist in Residence Report. These are just two examples of many, but the big question that emerges for me is: What should be the role of institutions supporting socially engaged art? 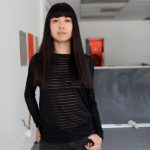 By Jen Delos Reyes
More Articles Like This One