These are some of things I was taught in my early art education: the thrill of the new is among the great pleasures of art; innovation is the signature of artistic genius; old artworks were once new and the trace of that innovation is still available through patient research and sustained examination. These properties of art, I learned, are in the service of core humanistic-political concerns, which include commitments to various notions of freedom. Art is a practice of freedom and the artist an exemplary free subject. I learned these things in a segregated, all-white school in South Africa in the 1970s and 1980s by being guided through the standard modernist cannon, the Euro-American greats and a few local artists who aligned themselves with modernist principles and practices.
This story of art included the acknowledgment that aesthetic rupture and change often align with social rupture and change. It didn’t take long for me to grasp a difficult contradiction or tension in this narrative, namely the celebration both of rupture/innovation and continuity/tradition. This uneasy doubling of the new is the focus of Giorgio Agamben’s notes on “the contemporary,” which he describes as “untimely,” “shattered,” a time of “essential dishomogeneity,” and “theological.” Suggesting that the contemporary is “the form of an ungraspable threshold between a ‘not yet’ and a ‘no more’,”[1] Agamben invites acts of denunciation (of oppressive and unjust social conditions, for example) and annunciation (perhaps of new, revolutionary conditions). I hear this as a call to engaged, long-term commitments with the contradictory relations that are at the heart of promises of “the new.” I would encounter this invitation in the gap between the representation of “newness,” which is essentially what every art objects became, and the demand for political action.
My understanding and appreciation of art was profoundly altered in my early adolescence when I was confronted by the fact that “freedom” in South Africa equaled struggle. The occasion was the events of June 16, 1976, the start of the Soweto uprising, when young black students my age refused the curriculum, conditions and mode of education to which they were subjected. I questioned what and how I learned, and the story of aesthetic innovation became a decidedly ideological and political concern conditioned by a national struggle for change. This shifted the scale of the new from the vision and aspirations of creative individuals and exemplary artworks to the national struggle for liberation and the creation of what is now referred to as “the new South Africa.” As a result, my understanding of the practice of the new expanded from being a characteristic of artists or a quality of art objects to include processes of militant, collective action.

How do we teach/learn the future? (Image: SAHA)
The demand for and construction and experiencing of visionary futures and new political subjectivities, all contingent and fraught with danger during that time, was hugely creative and aesthetic, meaning these were rich, multi-faceted, immersive experiences. Solidarity across race, class and the multiple cultural divides in South Africa was the new experience for many of us. It is also how we were brought into the long tradition of multi-racial practices that predated apartheid by many decades and remained the unrealized reality for all. Fanon describes the urgency of this cultural work as, “the seething pot out of which the learning of the future will emerge,”[2] in contrast to the “universal standpoint” of certain intellectuals/artists who function as “individuals without an anchor, without a horizon, colorless, stateless, rootless—a race of angels.”[3] This call to be accountable to specific, located struggles and constituencies is well worth considering as the field of “social practice” advances. How do we teach/learn the future? The problem is not the presence or absence of social, collective or relational practices. These are abundant in every facet of life in a range of alienating as well as liberating forms. Rather than privileging the form of social relations, we must ask what is at stake in the relations. Without clarifying our investment, what it is exactly that binds us in our relation, collectivity is easily repurposed for use by the status quo.
I continue to puzzle over the particular configurations of the new that thread through the figure and labors of the artist, the effecting and affective force of aesthetic objects, and the conditions, techniques and technologies of reception. The ideological and material potentials of the new are a central concern for me as a teacher, learner and cultural worker. For example, I am currently facilitating a class on cultural production leading up to and immediately following the end of the apartheid era in South Africa. As we weigh the values of artistic autonomy, artists’ commitments to the struggle, claims to cultural authenticity, and the rise and fall of South Africa’s cultural entrepreneurs, we are reminded that the “new” cannot be reduced to the property of iconic figures or objects. The new, as Agamben suggests, is also an action or protocol for de-codification and consciousness-raising, a reminder that what we live has been made and may, therefore, be unmade, renewed, remade. 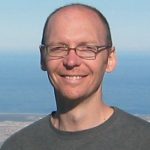