Since this exchange has certainly helped me clarify my own thoughts on the question of “social practice,” I wanted to say something in conclusion about what I take to be some general takeaways.

I’d sum my position up like this: In general, I think artists have a very important part to play in political struggle—but they don’t have any particular special access to political wisdom. I respect art enough to grant it its own kind of logic, just as politics has its own particular needs. The demands of these two fields can and do converge, but it is an uneasy relationship, and the emphasis ought to be on that fact (this is, I think, what Pablo Helguera tells us in his Education for Socially Engaged Art).

For instance, originality is something artistic practice puts a lot of stress on. And of course a certain degree of imagination is important—vital even—for sustaining political momentum and inspiring new audiences. When, at the recent Creative Time Summit, Laurie Jo Reynolds presented art projects connected with Tamms Year Ten’s years-long work building solidarity with prisoners in solitary confinement, I sent the link to my friends who do criminal justice activism. These are some great ideas!

Print created by Paul Kjelland and members of Tamms Year Ten to celebrate the closing of Tamms Correctional Center in 2013.

At the same time, while originality can be a virtue in activism, it would be easy to overemphasize it as the missing piece of the political puzzle. There are tried and true tactics that work, but that simply aren’t very fun. Sometimes you need to be repetitive, unrefined, inelegant, blunt, when you are trying to make an urgent point. In general, the dire state of left-wing politics can’t be explained by a lack of creative ideas. It is better explained by a lack of sustained organization, coherence, clear goals, and commitment to stick it out through the unpleasant parts—all those tired old non-creative things that make social movements possible. The right isn’t particularly creatively inspiring, but it is relentless and well organized, and its agenda has dominated official politics for decades.

When all you have is a hammer, every problem looks like a nail, and when you relate to politics through art, it is easy to look at every problem as an artistic one. But even creative activism, if it is to be effective, entails a lot of old-fashioned non-artistic organizing and outreach. “[R]eal political work involves continuous interpersonal negotiations, meetings that never end, and receiving and responding to hundreds of emails a day,” the filmmaker Astra Taylor wrote recently, reflecting on how her work as part of the Debt Strike/Rolling Jubilee initiative sat uneasily with her more artsy side. “It’s reactive, not contemplative, and I prefer life with more of the latter.” But the trade off, she thinks, is worth it in order, possibly, to inspire bigger and better things.

Let’s be honest: Artists are more glamorous figures than activists. All the better if they lend this glamor to good causes, then—but at the same time, this observation means that the discussion always begins with the need for artistic practice to be complemented, or at least in dialogue with, the wider political scene. And it also means having an eye to how well-meaning art projects might detract from less glamorous forms of politics rather than complementing them. “Socially engaged art projects should not be about the education of artists at the expense of the poor,” Ernesto Pujol cautions in a comment on Thompson’s last post.

The actual debate about the hazards of these relationships, which is what my original article was about, is part of taking art’s political role seriously. It is the cultivation process that transforms what Rick Lowe rightly identifies as the art world’s “bullshit” into the “fertilizer” that Fisher hopes can grow something socially meaningful.

Here, I know that I am here repeating things I wrote in earlier articles, and that my interlocutors probably agree with (but then, as I said, sometimes originality shouldn’t have the last word). I’ll end with a real-life parable about the expanded field of cultural action, an episode that I come back to when I think about the question.

Back in 2008, I went to a demonstration against the Iraq and Afghanistan wars in Union Square in New York. It was led by the coalition United for Peace and Justice, and titled “River to River: Join Hands for Peace.” The intent was to form a human chain across the island by linking hands. This gesture could be read as an effort to give protest an artistic twist, rather than doing the same old thing: rallies, chants, speeches, the bus to DC.

More cynically, you could say that the transition from national marches to local, symbolic actions was a symptom of the diffusion of the antiwar movement in the lead-up to the 2008 presidential election, an attempt to avoid making too uncompromising an antiwar demand so as not to distract from the task of getting an electable Democrat into office (a process that ultimately had the devastating effect of demobilizing the movement almost entirely).

“River to River: Join Hands for Peace” was a bust. The day was blustery, the crowd scattered. Instead of milling together and sharing energy, demonstrators were spread out and isolated. Not enough people came together to belt the island. Perhaps the movement was already on the decline, and the gesture would have been beautiful if more people had showed up. But in the event, I wished that our numbers had been more concentrated instead of symbolically spread out.

As I left Union Square, somewhat dejected, I became aware of a new and different tide of people flooding in. They were carrying pillows. This was World Pillow Fight Day, a bit of viral fun apparently staged in jolly obliviousness to the anniversary of the carnage in Iraq. And the incoming throng of people thwacking each other with pillows completely dwarfed the United for Peace and Justice protest.

To escape the fracas, I ducked across the crosswalk.There, once again, I found myself in what appeared to be a rally. Demonstrators were brandishing professionally printed placards: “Elect Harvey Dent!” The signs featured the image of a beaming politician who looked uncannily like actor Aaron Eckhart. In fact, it was Aaron Eckhart, and this mystery “rally” was part of a countrywide viral marketing campaign for the upcoming Batman movie, shortly to become one of the largest blockbusters of all time.

You can take a lot of different lessons away from this particular conjunction of events, where demonstrators try to look to escape traditional forms of protest while Hollywood promoters clone them, and a goofy flash mob drowns them out. You might say that it points to the need of politics to be both more and less symbolic at once. In any case, I think that it is in navigating this triangle that the real stakes of the “social practice” question will become clear. 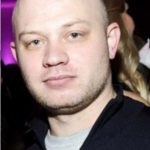