When I first read Whitney Kimball’s insightful overview of the various perspectives on the Gramsci Monument, I immediately started to worry: had my unequivocal enthusiasm over this work (which I have voiced in my own writings and talks) been politically and critically naïve? Starting from this rather narcissistic question, this first response will focus on my personal experience of the Gramsci Monument as an art historian.

I visited the Gramsci Monument in September 2013 as I was writing about Hirschhorn’s earliest “monument” in a housing complex, the Deleuze Monument, which he had erected back in 2000 with the residents of a low-cost housing estate in Avignon. As I have argued in my book on the topic, one of the reasons why the Deleuze Monument constitutes a particularly interesting case study is that the artist was faced, for the first time, with the challenge of locating a work in the context of a public housing project and of working with its residents. In fact, in 2000, I had been unable to visit the Deleuze Monument in Avignon because it had been dismantled one month earlier than planned. Reasons for this premature end ranged from minor vandalism and the artist’s absence from the site, to insufficient funds with which to adequately pay employed residents, whose early commitment consequently slackened.

All this explains why I was very excited by my visit to the Gramsci Monument at Forest Houses. Firstly, I could witness at first hand the artist’s ongoing desire to locate his work in spaces outside the museum, and to work with residents who may not usually be interested in either philosophy or contemporary art. Secondly, I was able to admire the extent to which Hirschhorn had learnt from the problems that had plagued the Deleuze Monument. The Gramsci Monument not only kept going as planned: it was buzzing with life and energy. I enjoyed hanging out there for two days, talking with the artist as well as with Lex Brown, or Myrna Alvarez from the snack bar; I also happily listened to talks and lectures, chatted with DJ Baby Dee on the “Gramsci radio,” and attended some open mic sessions. I was not surprised that many of the Forest Houses residents would have liked the Gramsci Monument to become, somehow, a regular if not permanent feature of their everyday lives.

Reading Whitney Kimball’s text over one year later, however, I find myself suddenly assailed by doubt. I feel I have to face directly the various accusations, cited by the author, of colonialism and “guilt-cleansing” involved in Hirschhorn’s project at Forest Houses. Had my research into the failures of the Deleuze Monument blinded me to those of the Gramsci Monument? Could I be accused of the great crime, in my profession as an art historian, of not having been critical enough? Worse still: had I unwittingly been complicit in a form of “colonialism”?

As it happens, in his answers to Kimball’s questions, Hirschhorn specifically targets my profession’s obsession with being “critical,” which he equates with maintaining a permanently “skeptical” pose. This would certainly explain my knee-jerk panic that I might have failed, in my published remarks, to be “skeptical” enough of the Gramsci Monument’s ideological underpinnings.

On the one hand, I agree with Hirschhorn’s criticism: skepticism can indeed risk becoming, as he rightly points out, “a justification given by those unwilling to change, who don’t want to be touched by reality.” (Stripping art to its bare bones, Hirschhorn decides to put his work to the test, by turning to what he calls a “non-exclusive audience,” and asking a simple question: “why not?” In response, the skeptics immediately get busy listing all the reasons why it can’t, won’t or shouldn’t work.)[1]

Yet on the other hand, I would like to avoid the polarization set up by the artist’s above-mentioned reply to Kimball, which pits his desire to “make art politically” (as he likes to say) against the art critic’s “skeptical,” critical stance. Just as I believe that Hirschhorn himself has successfully managed to be both deliberately naïve (by asking “why not?”) and socially aware of the implications of his work in public space, I would like to argue that it may be possible for an art historian such as me, as much as any other viewer, to be both enthusiastic and critical.

Fortunately, Lex Brown’s first response in this dialogue has reassured me that this may be the case. If I had feared that my perspective as a passing tourist at the Gramsci Monument might inevitably have been overly rosy, I was delighted to find confirmation of my own personal impressions in Lex’s point of view, since she was fully involved with the project over its entire course.

Most importantly, like Lex, I was struck at the time by the sheer pulsating force of the artist’s and many of the participants’ and residents’ involved dedication to the project. Following the premature end of the Deleuze Monument, such drives as “love and work” (in Lex’s words), such values of commitment and effort, had emerged as central concerns for Hirschhorn. I think the phrase “presence and production,”[2] which he would subsequently coin, brings these terms together.

Rather than presenting us with a recognizable critique of institutions or society, then, the Gramsci Monument could effectively demonstrate, as Lex aptly put it, that “the only transformative power art has is in the making of it.” And if there’s one thing I have never doubted, it’s that the “transformative” never works without the “critical.”

[1] In conversation via email with Whitney Kimball for “How Do People Feel About the Gramsci Monument, One Year Later?”

[2] See “Thomas Hirschhorn | Project in the Projects” by Sarah Lookofsky in DIS Magazine. 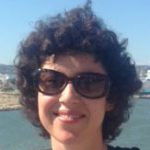