Lex, I think you’re cutting right to the point in your conclusion:

“This reality check perspective deals with a more nuanced history of class and racial interaction: one in which the real and imaginary ‘black spirit’ and its social magic has a measurable value that is called upon by ‘white seekers of knowledge’ (not unproblematically).”

I think that the racial divide and white privilege is often the subtext of the “class” argument. It’s such an explosive topic that I don’t think anybody wants to address it directly for fear of being implicated, and I feel uncomfortable even making that statement.

I also think Rocío’s definition of “visibility” is another root issue that might have given some people a knee-jerk reaction–it’s surprising that, based on her conversations, this seemed like a relatively unknown project outside of the art world. What’s art world validation actually worth?

The project clearly served a beautiful purpose for a small Bronx community and started critical debates for the international art world, but there’s a big gap in between. It’s not a flaw of the project, just a question of how art can fit better in the real world. 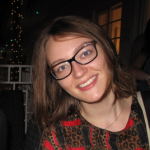