A Difficult Work, In Touch with Reality

Whitney, I love the scenario you posited of billionaires not flipping art; what if billionaires flipped school systems instead of paintings? That’s the kind of world I want to live in. Certainly the conversation about wealth disparity and funding issues cannot be set aside, and I agree with you that “the sense of optimism is tempered a by a deeply unfair and punishing system.” Then again, I have to continue to defend the project as something other than a “reprieve” from the punishment: as something other than a gift.

As Anna says in her second response, it was “never conceived as a portrait of the community or a form of protest.” So in Rocío’s question of what it would have been like had the residents picked the subject, we have to consider how the act of catering to the – neither audience nor recipients – builders of the project alters the actual Art of the work, in a project that was neither a portrait nor protest, but where labor and class were active components. It wouldn’t be art without friction, part of which comes from the agreement on behalf of Erik Farmer to locate the project at Forest Houses without a “relevant” subject.

In being one out of 66 other residential leaders approached in the entire NYCHA system, Erik was the only Residents’ Association President willing to take on both the risks and the benefits. Clyde Thompson and Diane Herbert of the next door Southeast Bronx Neighborhood Center also played an important role in the siting of the project at Forest Houses.

In retrospect, it was a no-brainer: highly successful, well-attended, and truly interesting. But if we only think of it as a no-brainer, we also undercut Erik, Clyde, and Diane’s intelligence, forethought, leadership, and oversight. It’s easy to glaze over Erik’s role because of the underlying politics of the situation, but it is precisely because of the politics that we have to take into consideration “The Agreement,” and the fact that it was not an automatic or necessary imposition. Though some needs, especially for the kids, were met, this project was not clearly a “good idea” by the virtue of coming from Dia or Thomas Hirschhorn. Because the Monument doesn’t posit a sustainable model to overcome problems today and is neither unethical, it is a difficult work in touch with reality.

Rocío brings up a great point about the leader/follower relationship, but the energy was very different than that dichotomy. For me, sure, I am a follower in ideology. But most of the people I met working there thought Thomas was a kind of out-there, weird, but alright white guy providing an interesting opportunity and a short-term job. That many other people didn’t care or find it interesting matters because it takes away some of the unyielding power that we assume comes into play in a project like this. In fact, it doesn’t have the kind of power that we both desire and fear for it to have. Capitalist problems aside, it’s important that it existed as an option, a choice, an invitation and not a command. If someone can reject something they are not powerless. The freedom to reject is what creates the choice to accept or participate.

Amongst the most regular contributors, there was in fact a lot of powerful female energy. Susan Farmer, whom I worked with, is one of the matriarchs who everyone knows in Forest Houses. Janet Bethea, the only woman to work on the construction crew, commanded the space with an authority that rivaled Thomas’. Most people working with Thomas, women and men, kept him in check, and like any essentially grounded person, he enjoyed that. If anything, that’s the sociopolitical dynamic that I think this is really about: the reality check, which – I dare to make the generalization – is one of the few universally carried products of black Americans, and an odd service of humor and “realness” that we are sought out to provide.

While “the reality check” itself is fun, the position that is required to be able to give one is not always. I like thinking about the project this way because is a bit more complex than the “Dorothy’s House landing in Oz” perspective. It acknowledges that disadvantaged people, beyond fundamental human value, have an inherent truth value. Because this was the fourth monument in a series with a precedent for taking place in housing projects, I don’t think it’s accurate to say the Monument was located in Forest Houses for a specifically “black reality check” or for an interactive, rather than passive, kind of spectacle of realness. But I do bring it up because black/white interaction is controversial in this project (though we’ve mostly been speaking, progressively, of poor/rich). This reality check perspective deals with a more nuanced history of class and racial interaction: one in which the real and imaginary “black spirit” and its social magic has a measurable value that is called upon by “white seekers of knowledge” (not unproblematically). 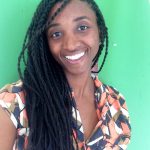