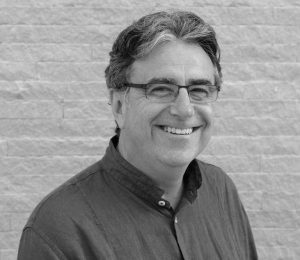 Lee H. Skolnick seeks to synthesize art, science, and architecture to create memorable and meaningful experiences. He unlocks each project’s “motivating story” to inspire imagination, curiosity, and understanding. For over twenty-five years, Mr. Skolnick has passionately developed and pursued his philosophy of “design as interpretation”, wherein he seeks to unearth the unique themes and compelling concepts which characterize each project, and to translate them into concrete expression.

Breaking down the barriers between disciplines, Mr. Skolnick has created an extraordinary firm where more than 35 designers and educators work in close collaboration. By making a thorough exploration and translation of content the starting point for design, he has brought depth, authenticity, and vision to an enormous array of diverse projects around the world. His museum, cultural institution, and residential projects have been recognized as works of fresh innovation and inspiration.

Mr. Skolnick has employed his integrated design philosophy for projects for such clients as the Aileron Center for Entrepreneurial Education in Dayton, OH; the Sony Wonder Technology Lab, Muzeiko: The America for Bulgaria Children’s Museum in Sofia, Bulgaria; the Paley Center for Media in New York and Los Angeles; the Smithsonian Institution in Washington, DC; the Creative Discovery Museum in Chattanooga, TN; the New York Historical Society; the New York Hall of Science in Queens, NY; the Cooper Hewitt National Museum for Design in New York and the Muhammad Ali Center in Louisville, KY, among many others.

Mr. Skolnick also has served on the Boards of The Cooper Union, Longhouse Reserve, the Society for Environmental Graphic Design and the Editorial Advisory Board of the Journal of the National Association for Museum Exhibition, entitled Exhibitionist. He has served on panels and juries for the New York State Council on the Arts, the National Endowment for the Arts and the American Institute of Architects. He is also a frequent lecturer, instructor and author of scholarly papers and popular works, and is an Honorary Research Fellow at the University of Leicester, UK.

Since the 1980’s, he has often been honored as “best of” in numerous design types and has been awarded Architectural Digest’s “AD100”, Cooper Union’s “Achievers Under 40”, House & Garden’s “Design Obsession”, the Presidential Citation for Outstanding Achievement from The Cooper Union, “The Most Innovative” by The Best of the Best Luxury Homes magazine, “The Best of the Best” Home Book’s House of the Year, and local, state and national AIA Honor Awards.

In 2003, Mr. Skolnick was elevated to the American Institute of Architects College of Fellows. In 2007, he coauthored the exceptional book What is Exhibition Design?; an unparalleled handbook which explores what constitutes successful design and clarifies the roles of the various skills involved in exhibition design while exploring how new technologies expand the possibilities for both form and function.

In 2008, Architecture Omi, an ambitious new project in Columbia County, New York, named Mr. Skolnick as its first Chairman of the Board. Architecture Omi is part of Art Omi, a renowned not-for-profit art program that provides artist residency programs and outdoor exhibition spaces on its rural campus, where a collaborative environment flourishes between artists from multiple disciplines. Architecture Omi seeks to explore the myriad intersections of architecture, art, nature and human structure.