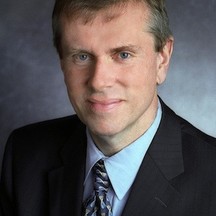 John E. “Jack” Osborn founded John E. Osborn P.C., a 12 lawyer firm concentrating in complex construction, environmental, real estate law and litigation, in 1992. Mr. Osborn is one of New York State’s premiere strategists and problem solvers in negotiating contracts and advising companies on business, government relations, emergency preparedness and commercial matters. He has represented owners on multi hundred million dollar projects which are among the largest and “highest profile” in the metropolitan area – the most recent have been university and hotel projects. Prior to entering private law practice, he served for two sessions as a legislative assistant in the New York State Senate and as the Deputy General Counsel to the New York City Comptroller.

John E. Osborn P.C. assisted the Mayor’s Office of Sustainability in preparing legislation and regulations relating to energy conservation and brownfield cleanups, and members of the firm have testified before the Borough President of Brooklyn on climate change and testified in front of the City Council on the energy initiatives contained in PlaNYC relating to benchmarking, energy audits and retro-commissioning. The firm has provided pro bono services for various environmental initiatives and projects.