Welcome to our latest Growing Dialogue, where we’re exploring how artists work with and within municipalities and city agencies. Explore previous posts here.

As we have just seen recounted in Marcus Young’s and Diya Vij’s opening remarks, the structure of how the “artist” enters the government setting can vary a great deal. These different structures may reflect assumptions about “art” and “art-making” and reflect contested ideas about the role of the artist in society and “socially engaged art.” These structures also reflect different ideas about what can be achieved by having an artist in the government. Simply put, is the artist there to make “art”? Are they there to make “change”? What is the point? What are the criteria that make it “art”? Or not?

We might begin by recognizing that an “embedded” or “placed” artist differs from other kinds of city engagement strategies such as the Artist-in-Residence model, and the City Artist or Town Artist. Each type of engagement has art historical precedents including the work of the Artist Placement Group (APG), David Harding, Glasgow Town Artist, and Mierle Ukeles as NYC Sanitation Department Artist-in-Residence, which was mentioned here as Ukeles is still active. These different approaches negotiate and model ideas about artistic integration and/or autonomy, and reflect different “theories of change”. In the Artist-in-Residence model, an artist might primarily reflect on the milieu around them but remain outside the principle tasks of the city workgroup, and instead maintain artistic autonomy to create artworks from, with, and about the city systems. Marcus Young’s Everyday Poems may reflect this concept. In contrast, likened to the “embedded photographer” model of a journalist embedded in military units, the Embedded Artist is a conscious joining (without becoming), demonstrating the public artist as a new kind of problem solver, or sometimes problem finder. The challenge of problem articulation and problem definition is a key challenge to sustainability planning and an area where artists can be quite adept due to their criticality and lateral thinking. Some cities are framing their artist engagements as City or Town Artist, which in some cases blends the two strategies, or perhaps leaves it to the artist to navigate and experiment. However, due perhaps to the complexity of the projects undertaken, we have found that without the support and buy-in at the Commissioner level, it is hard for city staff to prioritize these collaborations in relationship to their other duties and less can happen. At its most basic, Embedded Artists seek to take a seat at the collective table; to work upstream from the domain where most art projects operate and aim to impact the everyday work of the government and policy, even while “art” may (or may not) be made.

Outside arts discourse it is crucial to recognize which city departments and individuals are receptive to engagements with artists, and why. Reaching into established networks can help identify imaginative partners willing to embrace these experiments, or whose departments face such challenges and such urgency that they are open to new ideas and unorthodox methods. We continue to find receptivity in departments of planning, environment, transportation, housing and technology; sometimes greater than the receptivity in cultural affairs or among public art officials who are oftentimes locked into older modalities and highly prescriptive genre definitions. Those charged with civic innovation or those who face intractable social problems and are hungry for new ideas are often the best prospects, as was the case in Chicago when we began. Some of your best partners may not be motivated by the same factors or find value in the same aspects as what brings artists forward. This has the potential to broaden the program and develop potentials that the initiators did not envision.

In addition to receptivity, matching the expertise and interests of the artist to the “placement” is also important, such as the perspective described by Diya Vij in New York. There will be a steep learning curve on both ends and having some shared background will allow for meaningful work. While we in the arts might choose to focus on what city workers will learn from artists, the reality is that we learn from each other, and therefore duration is also important. Our rule of thumb is that all placements should be for a minimum of two years, longer for big projects. It will be interesting to see what cities can make happen with shorter-term engagements.

While Embedded Artist with the City of Chicago, I was placed first with Land Use Planning working on the 2040 Food Plan and subsequently with the Department of Environment working on brownfields. From the artist perspective, the first placement was less successful because the structure, process and outcome were predetermined and there was no opportunity for re-direction. In the second placement, a visionary commissioner structured the placement in a much more open-ended way. Teamed with the City’s top brownfields expert, we were charged to consider a series of conditions and questions, after which we would collaboratively make a proposal directly to the Commissioner. In this case, we were able to bring new questions to the typical literature review, and propose a new culturally based soil remediation program. The multifunctional social and environmental program known as Slow Cleanup was conceived and launched. Here both collaboration and free agency were encouraged, harnessing the lateral thinking of artists towards our collective goals. We were thus able to help shape a program that reflected our individual intentions. It was not exactly “artist led” it was more collaborative and shared.

Over the three years of working in the Department of Environment we had to move from theory into practice, and the idea of sculpting the civic space became real (civic art practice). I believe that many city workers learned things from working with artists but it is unclear how they understand these insights. Unfortunately there was no formal assessment done of the program. On our end, we learned that there are many constraints that dampen the energies of the even most creative staffers, and that there is a world of difference between career civil servants and elected officials and “politicians”. 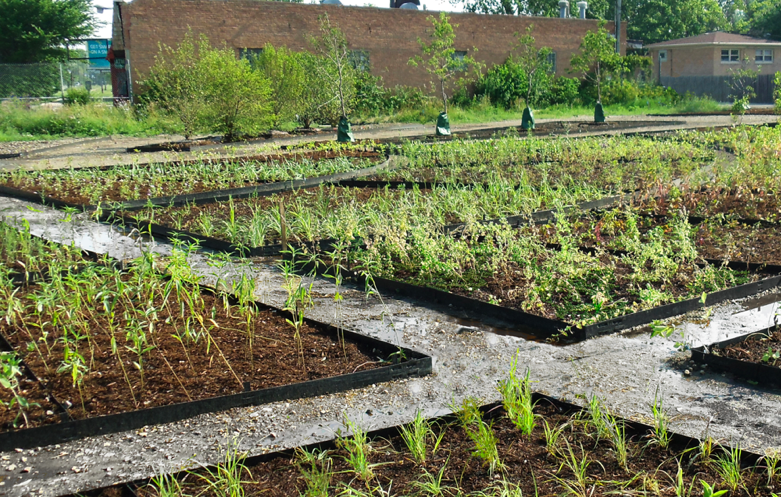 Radial design of the Slow Cleanup field trials, known as The Community Lab Garden, after initial layout and planting, May 2011. Image: Frances Whitehead

A corollary to the embedded artist is the concept of the “embedded artwork”. Here we explore multi-valency of voice, expertise and “type”, and the possibility that something can be understood as BOTH art AND also as something else (remediation, community development, education, etc.). The melding of cultural logics and figurative thinking (tropes) into the multidisciplinary team model of civic projects produces what we have called elsewhere, the “tropological transdisciplinary.”[i]

So while we explicitly enacted a critical multi-valency, and openly sought free agency, we also understood that some of the transgressive and subversive strategies of artists had to remain unspoken or in some cases, be suspended in order to address urgency and cooperation. In true trickster fashion, we recognize that our role is also intentionally disruptive, that we are present as change agents, for “redirective practice”,[ii] or as Sacha Kagan would say, to “play on the rules rather than in the rules”[iii] or “entrepreneurship in conventions.”

But what of the rules of art? In what ways does Embedded Artist also re-direct conventional art practice? These BOTH/AND art projects, which form the core of this civic art practice are not always legible to art worlds as art­, and the status of the projects are often contested. Here the strategic knowledge (metis) of the artist turns on art itself. Using the double agency of this practice to redirect the “cultural quo”, Kagan’ s “double entrepreneurship in conventions”, the embedded artist shuttles between worlds like a cross pollinator, border hopping, changing both sides in equal measure. 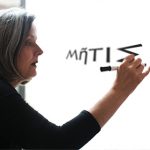