What Artists Think Is Possible

I do want to make clear that I understand that my comparison between art spaces and jails is a totally ridiculous exaggeration, but the point of that analogy was to be jarring so that people would at least consider the status quo ways in which artists are normally expected to work.

I’d also like to say that I’m all for illogical, non-functional, inaccessible and abstract work, but since those approaches and the studio/gallery system are safely out of any danger of going away or losing their dominance, it seems more interesting to me to argue for what artists aren’t readily associated with: intentional social relevance, public accessibility and participation, and work that goes beyond symbolic function. Having operated in the art world for a couple of decades now, I have seen firsthand what the system promotes as fundamental and necessary, and it has little to do with relevance, accessibility and function (other than in relation to the commercial system). I’m not suggesting that Jonatan and Lars-Erik (or anyone else) should have to consider or include those characteristics or approaches in their practice (whatever gets you up in the morning is fine with me), just that I would like it if those qualities were understood, valued, and considered options in a greater way for artists who do want to work in those ways.

If you go visit an MFA program almost all of the artists are generally working in solo studios which automatically indicates and values the activity that is supposed to happen in those kinds of spaces, i.e. making objects by yourself. I’d like to see other options in MFA programs, perhaps offices if what you primarily want to do is read and study, group workshop spaces if you want to make things in collaborative ways, labs, gardens, apartment buildings, parks, etc. What would happen if all of a sudden MFA programs all took place in public parks? The current limited art world system and existing structures (including the basic infrastructure of MFA programs) greatly influences what artists think is possible. What I’d like to do is promote more possibilities, more diversity and more freedom. I’m not saying one way is more “real” than another, just for me (and I think many people) it is more interesting to make work that is relevant to people who don’t normally go see art in galleries and museums.

I do know, from talking to people outside of the US, that because of more robust public funding for artists in places like Sweden, that options outside of the commercial gallery system are more possible and encouraged, so my comments are really about conditions in the US specifically. In my opinion, cost of tuition, lack of public funding, scarcity of typical art opportunities, emphasis on commercial galleries and the focus on the needs of wealthy collectors have created an out-of-control capitalist fiasco of the US art world.

That said, I think there are in reality unlimited possibilities for the ways that artists can function and be sustained outside of standard structures, even in the US. My own experience of surviving as an unorthodox artist is that you have to really think and operate beyond conventions, self-initiate ways for work to become public, employ diverse approaches, and cooperate with other people to be able to develop a sustained and flexible career. Long Walks on the Beach was a public project by PSU Art & Social Practice alum Dillon de Give that provided a framework to literally enact a cliché with a stranger. On August 25th and 26th, 2012, randomly paired people took a long walk together on Rockaway Beach NYC. 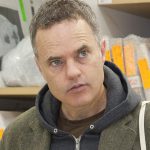