Why Are You Avoiding the Question?

I have a few thoughts tucked in below — maybe it can help someone else articulate something.

For an artist, “real practice” would be to make “work that has direct function in society,” Fletcher tells us; and among the “bigger ideas,” Lambert mentions, “being legible to larger audiences, working with intention.” We are stunned. Or at least concerned. […] There is art that has an impact on society. There are socially engaged practices that create change. But truly – if our cause henceforth would be to instrumentalize, popularize and standardize artistic activity into a productive behavior like any other, we wouldn’t get up in the morning. Ever.

You’re combining a bunch of thoughts between Harrell and me here and then extrapolating them to something, at least I, didn’t say. “Instrumentalize, popularize and standardize”? If you want to know what I mean, I go into great detail in the original essay. If that wasn’t clear enough, I don’t know what else I can say.

And in comparison to the U.S., we’re not very good at self-promotion in Europe – understatement has been the norm in the art world of the Nordic region until quite recently.

Everyone thinks they’re not good at self-promotion and likes to think they are special and existing on the edges (especially artists). In that way, you’re probably more similar to us than different.

In short: “I am interested in” can be a device to create space where something unexpected can happen, a zone of indeterminacy both for the artist to work from within, and for the public to experience the work without criteria, utility or aims being pre-fixed for them […] Protecting this zone – so that it is not colonized by the market, cultural politics or academia – allows art to operate beyond the restrictions created by demands of reaching larger audiences and a more “real” practice.

I believe I covered this in the section about clarity of purpose vs. clarity of outcome. Whenever I have talked about this publicly, the two get conflated. It’s very frustrating but I just take a bunch of deep breaths and it goes away.

The zone you talk about is not mutually exclusive with what I argue for in the essay. In fact, it’s a way to get more of it. The idea that you can’t have that zone and explain what you’re doing in terms laypeople can understand is where I disagree. I could see why you might think so, because it’s not at all easy and rarely done well, but it is possible and needs to be done more.

Let me make a mediocre analogy. Think of it like a movie trailer for any heist film or, for example, 2001: A Space Odyssey [1]. You can see a 2-minute trailer for the movie and get excited about seeing it. You’d have a sense of what kind of movie it was and what it wasn’t, but not know the whole story and every detail. For the heist movie, you wouldn’t know how the crime was committed or if they got away with it. For 2001, you wouldn’t know that in the last 20 minutes you’d see something you’ve never seen in your life that will leave you confused and wondering about time, space and reality.

Because the trailer is not the movie, it just helps communicate a little bit about what the movie is about to a general audience.

It’s a mediocre analogy, so please don’t interrogate it much. It can’t hold up. But hopefully it will work for you to get a better sense of what I mean. Maybe you can think of a better one.

Also, I find it odd that I have basically asked this question twice and not really gotten a clear answer from many of you:

What are big and small ways we can change this?

Harrell essentially suggested we change some of the institutions. But why are you all avoiding such a direct question? 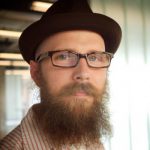